In Unlock-4, the central government has given permission to open schools for children from 9th to 12th after about 6 months. The government said that children can go to school from September 21 for guidance. After this the state governments had to take a decision on opening of schools, but so far Madhya Pradesh, Rajasthan and Haryana have agreed to open schools. However, the survey showed that 70% to 90% of parents still do not want to send children to school.

1. Madhya Pradesh: Government and private schools will open partially from September 21. Classes will not be held. Students from 9th to 12th will be able to go to school for a short time with the permission of parents. 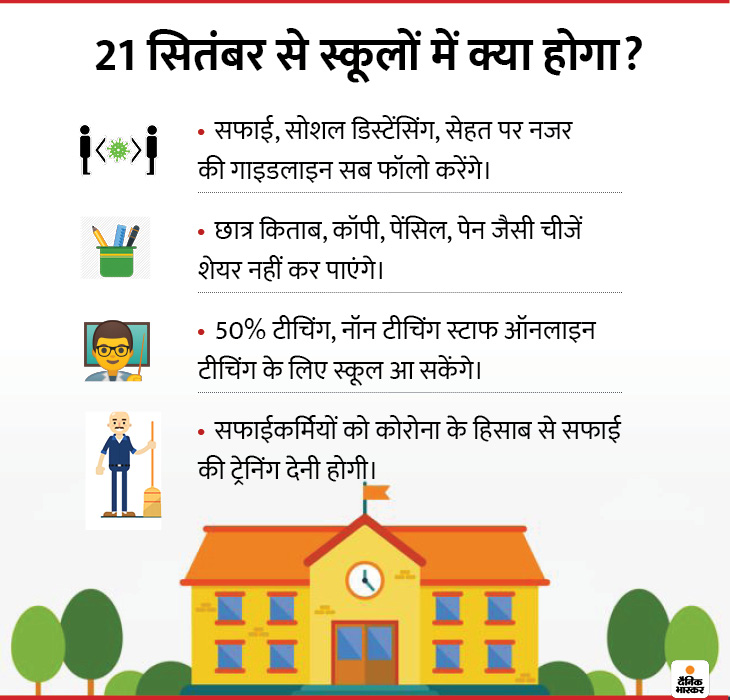 2. Chhattisgarh: Preparations were being done in schools here, but before that, there was a lockdown in 6 cities including Raipur on Saturday. In such a situation, there is no scope to open a school at this time. On the other hand, Chhattisgarh Parents Association is in favor of sending children to school. 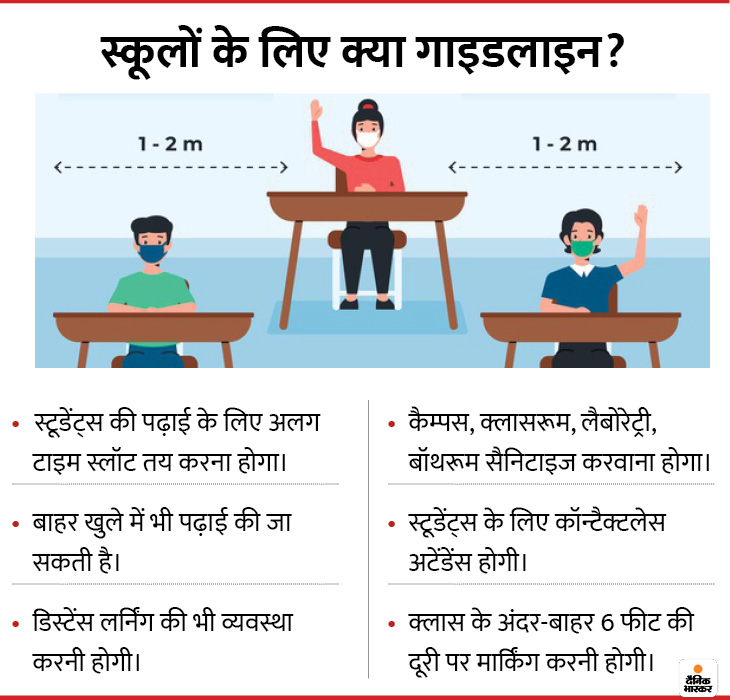 3. Rajasthan: Children will be able to go to school only for guidance with written permission of parents. After the central government’s SOP, the state government has also issued clear instructions.

4. Gujarat: The school has been closed since March 16 in the state. Meanwhile, the state government has said that schools will be kept closed till Diwali and a decision will be taken in view of the situation ahead. 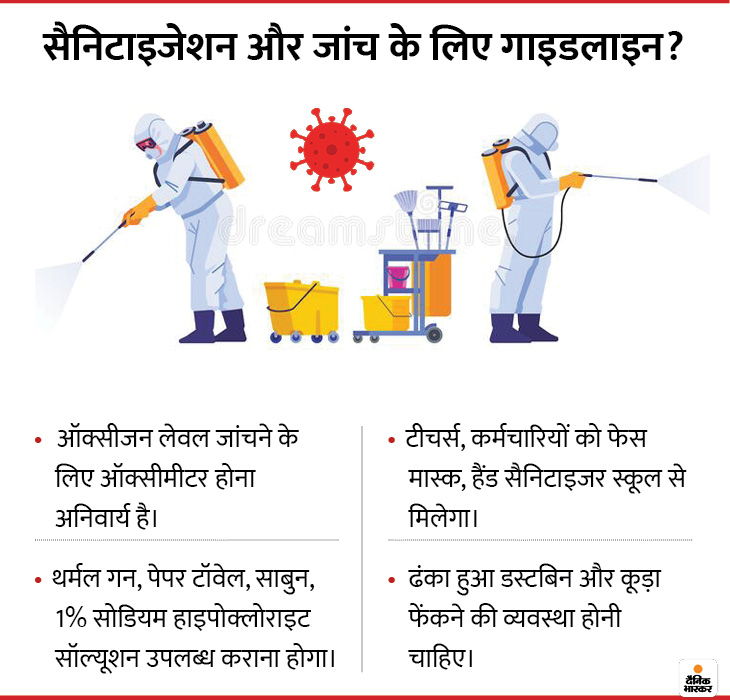 4. Bihar: Neither the schools nor the parents are ready to open the school. It is being said that after elections and Chhath Puja will be thought. No clear instructions have also been issued by the state government. In such a situation, schools are not opening since Monday.

5. Jharkhand: Here the state government has directed not to open the school till 30 September. Teachers with parents are not in favor of calling children to school now. 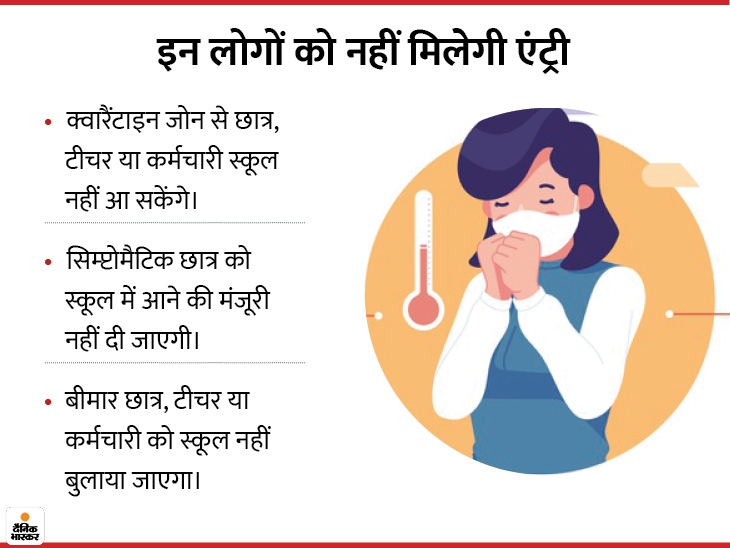 6. Haryana: Schools will be opened partially from September 21 as per the guidelines of the Center. 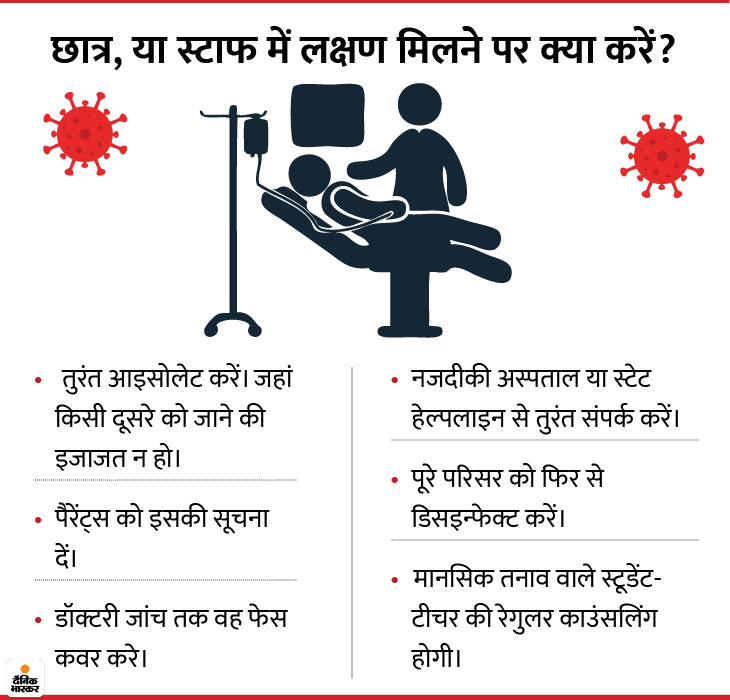 8. Uttar Pradesh: The Yogi government has not yet taken any decision on the central government guidelines. The meeting was to be held on 15 September, that did not happen. The state’s Basic Education Minister has said that as Corona cases are increasing, schools will not be opened from September 21.

9. Maharashtra: All schools in the state will remain closed till September 30. Unlock-5 i.e. after October 1, the state government will decide. Surveys are also being conducted to know the reactions of parents.