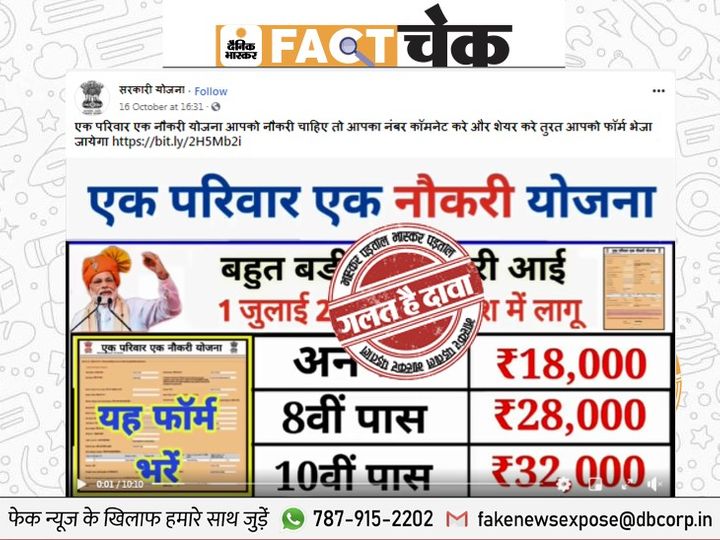 What’s going viral: One on social media Video Is going viral. It is claimed that the Modi government is giving jobs to every family member through the ‘one family one job’ scheme. In the video, the candidates are being asked to fill a form.

A similar claim has been made on the YouTube channel named Sarkar Guru.

And what is the truth?

In the viral video, it is being claimed that according to the “one family one job scheme” of the central government, one member of every family will be given a government job.

This claim is false. The Central Government does not have any such plan.#fakenews alert ! pic.twitter.com/fQ2N1OxRd9