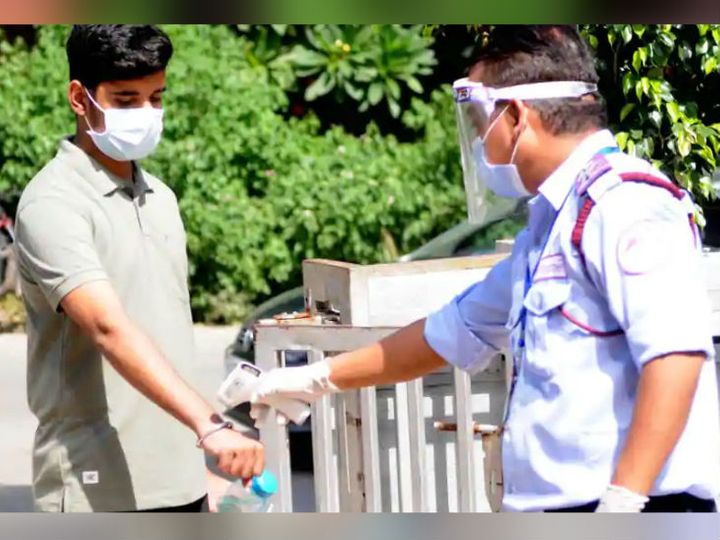 Paper was easier than last year

According to students, over all paper was medium, but compared to last year, it was somewhat easier. While some candidates found chemistry and physics questions easy, some found the difficulty of maths difficult. Students reported that Maths had 5-6 questions from Calculus. Almost all the questions in Physics have been asked from 11th and 12th class. At the same time, some candidates also said that the physics was quite lenient.

Pakhi Bhargava of Bhopal, who appeared in the JEE Advanced examination, said that the overall paper was average. However, Paper-2 was more difficult than Paper-1. He said that the levels of the subjects in both the papers were quite different. While some questions of NCERT were asked in Paper 1, it was a bit difficult to solve the numericals of Paper-2. At the same time, about the guidelines of Corona, Pakhi said that during the two and a half hours between Paper-1 and Paper-2, there was no social distancing between the parents and students sitting in the same place.

Physics upset the most

Sohil Sisodia, who gave the advanced examination, said that the chemistry in the examination was the simplest. While the level of maths remained moderate. Physics was the most difficult in both the papers. He told that a lot of NCERT questions were also asked in the exam. Sohil also said that students studying well in 11th-12th could do paper comfortably. He said that after getting the exam for the first time, now on getting the knowledge of the exam, it seems that some more effort will have to be done.

Paper-2 did the mood off

Aman Sahu says that on one hand, where Paper 1 was moderate, Paper 2 was quite difficult. He told that in Paper-2, physics and mathematics troubled him a lot. While Maths in Paper-1 was tough, physics was moderate. Aman said that questions from Paper-1 were easy, but Paper-2 turned off the mood. Regarding the Corona Guidelines, Aman said that all the arrangements inside the center were good. However, social distancing did not follow due to the mob of parents outside the center.

Results will be released on October 5

Candidates who qualify in the exam can take admission in IIT. These institutes include IISc Bangalore, IISER, IIST, RGIPT, Indian Institute of Petroleum and Energy, Visakhapatnam. The result of the examination will be released on 5 October. After this, the seat allocation will start from 8 October. Counseling will be done through the Joint Seat Allocation Authority (JoSSA). Eligible candidates will be able to register on josaa.nic.in. Candidates should note that this year there will be six counseling rounds instead of seven.