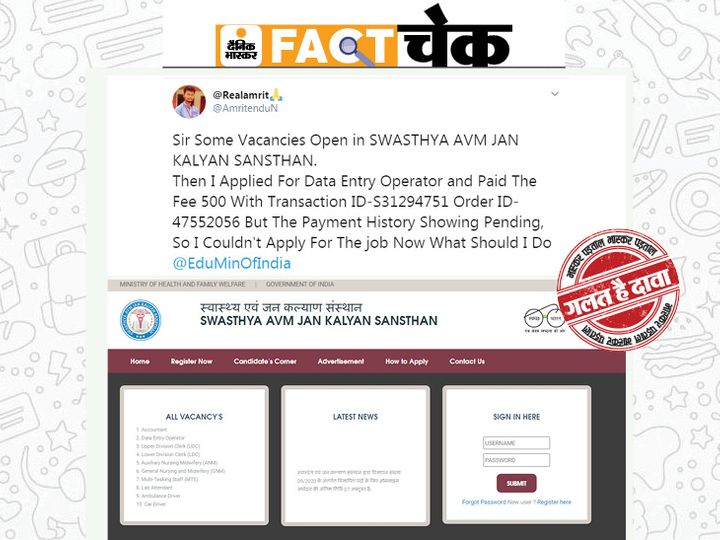 What is going viral: A notification of the job is going viral on social media. This notification has been issued by the Institute of Health and Public Welfare. It is claimed that a total of 12435 posts, including accountants, data entry operators, UDCs, are being recruited. The institution that issued the notification is being declared as government. This is the reason that a large number of candidates are applying it as a government job advertisement, and are also paying fees. 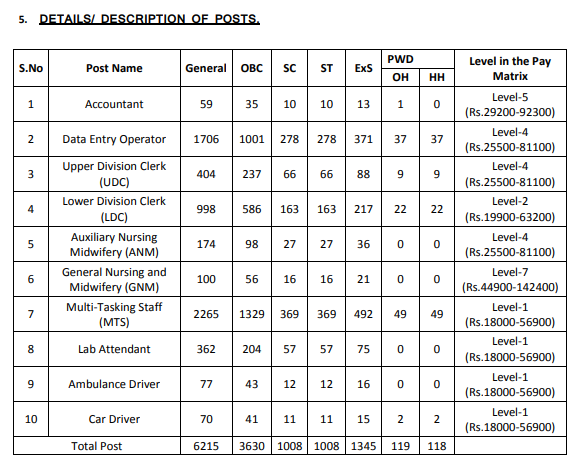 Click here to see the notification
For applying, fees of Rs 500 are also being charged from the candidates of general category. The reserved category students are exempted from fees.

Official of the Institute of Health and Public Welfare Website But it has been claimed that it has been established by the Union Ministry of Health and Family Welfare. Many student users are posting on social media to check the veracity of this job notification.

And what is the truth?

Sir Some Vacancies Open in SWASTHYA AVM JAN KALYAN SANSTHAN.
Then I Applied For Data Entry Operator and Paid The Fee 500 With Transaction ID-S31294751 Order ID- 47552056 But The Payment History Showing Pending, So I Couldn’t Apply For The job Now What Should I Do@EduMinOfIndia

There’s NO such institution under the Ministry of Health and Family Welfare pic.twitter.com/Msx7s61DfX